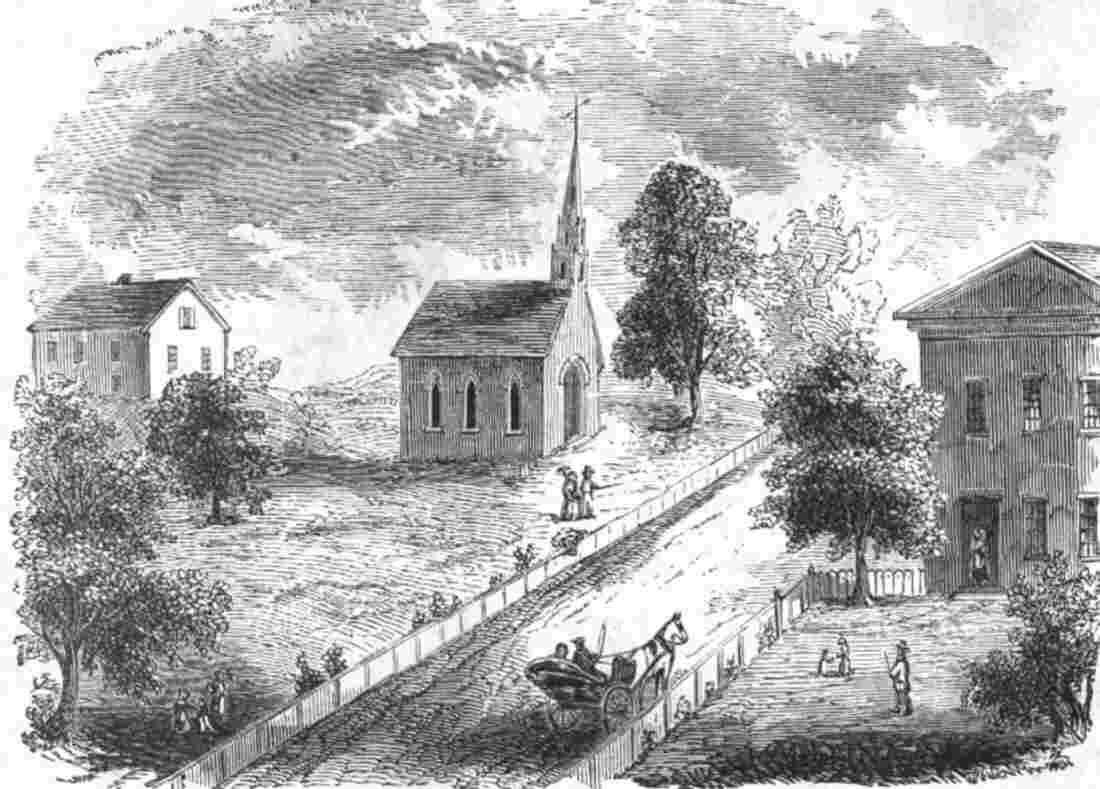 THE FIRST BAPTIST CHURCH IN OTSEGO This body dates its history from the formation of. the First Baptist Church in Plainfield, which first met in 1833.  These meetings continued at irregular intervals, at the house of Silas Dunham in Plainfield, until March 8,1835 when Deacon Curtis Brigham commenced stated meetings in the log school house on the plains ~ (now Gun Plain) On the 13th of September 1835, Rev. Jeremiah Hall of Kalamazoo, was employed to preach once every four weeks, Deacon Brigham occupying the intervening Sabbaths. A meeting was held  Dec. 26, 1835, to "take into consideration the expediency of organizing a Baptist Church. After conferring on the subject, it was resolved to unite in church fellowship." The names of the constituent members were; Silas Dunham, Tirza Dunham, Elisha B. Seeley, Sarah Seeley, Curtis Brigham, Lydia Brigham,  S. Calkins, Jamas Calkins, Joanna Calkins, Matilda Calkins, Alfred S. Dunham, Edwin S. Dunham.. Their meetings during the first few years were held at different points over the wide field where this church then covered, sometimes in the Gun school-house, sometimes at the dwellings and school-houses in Cooper, in Otsego, and in Allegan,-Otsego being made the central point and permanent location in 1842. The first pastor was Elder Jeremiah Hall, who was the moderator of the council, held Feb. 4, 1836, for the recognition of the church. After Elder Hall, Harvey Munger became pastor April, 26, 1840 which position he continued to hold for a period of five years. Also preaching a portion of the time was Deacon Curtis Brigham, not an ordained minister. Deacon Brigham preached acceptably during early years of the society's history. Elder William Bronson was called to the pastorate June 24, 1844 and served about one year. Elder Harvey Mungerhim filled the pulpit until in 1851, Rev. A. M. Buck became the pastor until he resigned in 1857. Rev. H. Stanwood was called 1858, and served one year. Rev. A. M. Buck was called to pastor in April, 1859, and resigned in December, l863. Rev. Wolfe was called in January,1864, served until August, and was succeeded by Rev. H. B. Taft in November the same year, who remained one year.- Rev. A. M. Buck was again called in November, 1872, and is the incumbent. This was the mother church in Allegan County, and probably the first church of any denomination within its limits. In December, 1840, a branch was to form a church in Cooper. In January, 1841, a branch was set off to form the Baptist Church in AlIegan. April, 1864, a branch was set off to form in Trowbridge, and in May of the same year another was set off to organize the present Baptist in Plainwell. The house of worship   as of this writing (1880) was built and dedicated October 28, 1855. It has 250 sittings and is valued at $1000. In June 10, 1880 the church had 65 baptized members.

RETURN TO THE MANY FACES OF TREASURE HUNTING! 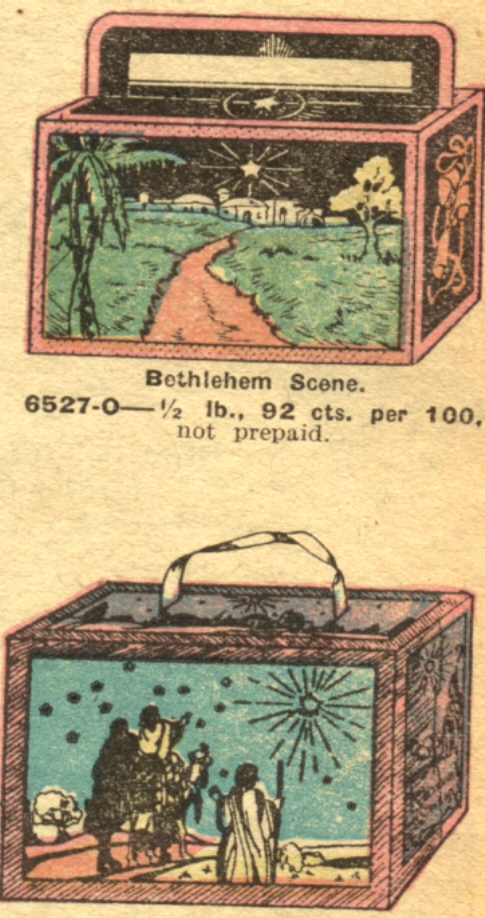 The little boxes of Christmas candy passed out to all the children at the Christmas Eve service when I was a child. (1950's)